The thin film is a layer of material that has a thickness in the range of a nanometer to several micrometers. Creating thin films using different deposition methods is the basis of many industries. As a simple example, consider a mirror that reflects light with a layer of metal which deposited behind the glass.

Improvement of a lot of industries in the last century is due to The development of deposition methods. These industries include semiconductor electronics, magnetic recording media, integrated circuits, LEDs, optical coatings (such as anti-reflective coatings), hard coatings in order to protect tools, pharmaceuticals, medicine and many other industries.

Thin films have several applications in various fields; furthermore, they play a significant role in the study and development of materials with unique and special properties, such as the superlattices which make it possible to study quantum phenomena.

Thin films are very important because they differentiate the properties and reactions of the material surface from its bulk. Thin films have a wide range of properties that can be used in a variety of applications.

Types of thin films can be categorized as follows: 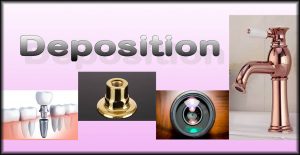 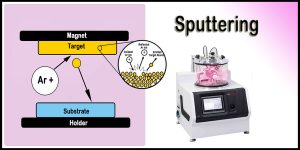 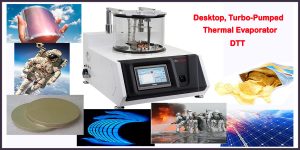 VacCoat’s Vacuum Coating systems (such as Desk Sputter Coater – DSR1 and Desk Thermal Evaporator – DTT) are all used to create thin films by physical vapor deposition (PVD). In order to get acquainted with and use the PVD method, you can refer to the website of VacCoat Ltd.